The proceeds of this grant were used to upgrade our Commercial and Cattle Barn Building Washrooms to make our sinks wheelchair accessible, new automatic soap and towel dispensers, touchless taps and touch free urinals.

Wheelchair accessible portable ramps were also purchased to allow safe entry into all of our buildings.  Covid protocols were enhanced by adding Touchless hand sanitation units in the buildings.

A Big Thank you to Peavey Mart’s Rooted in Communites Grant for $1000 donation to the Wallacetown Agricultural Society.  This money will go to the further enrichment of agricultural by bringing in resources from Farm Food Cares.  Look for this special exhibit in the Roots and Grains Building this year.

THE WALLACETOWN AGRICULTURAL SOCIETY WOULD LIKE TO RECOGNISE OUR DONORS THAT HELPED TO BUILD THE ELLIS WELLWOOD SIFTON PAVILION.

If you are to enter the fairgrounds at the back gate, you will notice the connection as the street name is Sifton.  To pay homage to World War 1 Victoria Cross Recipient Sergeant Ellis Wellwood Sifton, the society have named this pavilion in his honor. 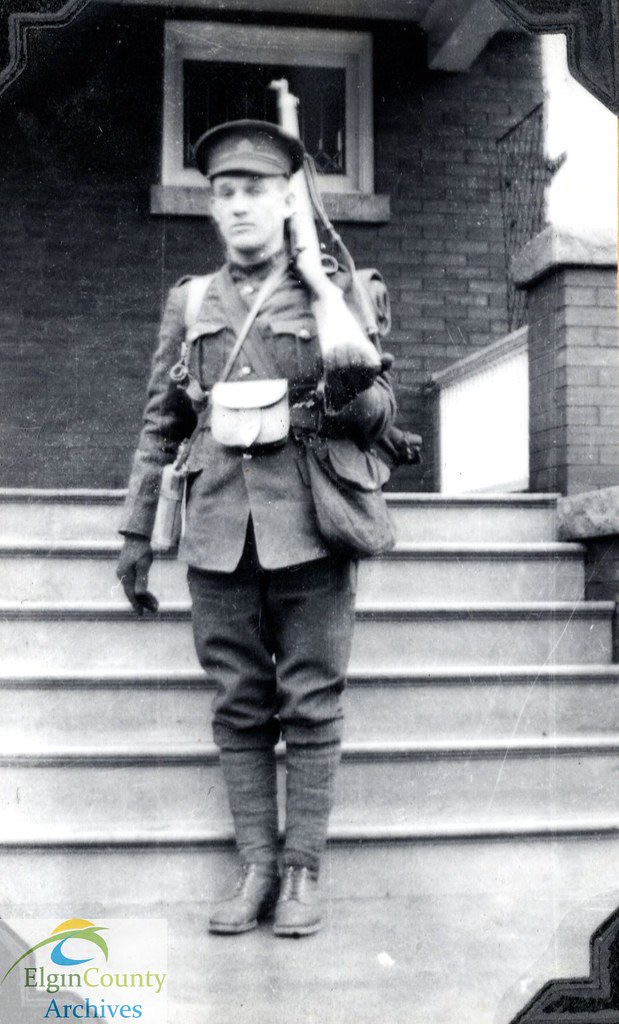 A native of Wallacetown, Canada, Ellis Sifton received the award on June 8, 1917 for his actions as a lance sergeant in the 18th Battalion (Western Ontario) of the Canadian Expeditionary Force on April 9, 1917 at the Battle of Vimy Ridge near Neuville-Saint Vaast, France.

Born in Wallacetown, Ontario, Canada, he worked as a farmer before enlisting in the Canadian Army in October 1914 shortly after the outbreak of World War I. In April 1915 he was sent overseas and the following September he first saw action at the Western Front, near Saint Eloi, Belgium. In December 1915 his unit relocated to Vimy, France where it conducted trench raids prior to attacking the German defenses at Vimy Ridge on April 9, 1916 where he was killed in combat at the age of 25.

His Victoria Cross citation reads: “For most conspicuous bravery and devotion to duty. During the attack in enemy trenches Sgt. Sifton’s company was held up by machine gun fire which inflicted many casualties. Having located the gun he charged it single-handed, killing all the crew. A small enemy party advanced down the trench, but he succeeded keeping these off till our men had gained the position. In carrying out this gallant act he was killed, but his conspicuous valour undoubtedly saved many lives and contributed largely to the success of the operation.”

His Victoria Cross is on display at the Elgin County Pioneer Museum in At. Thomas, Ontario, Canada. 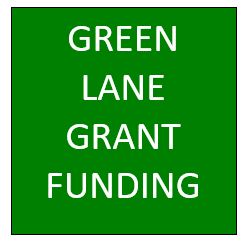 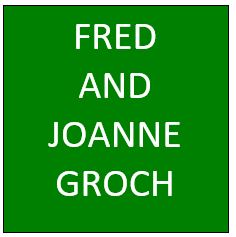 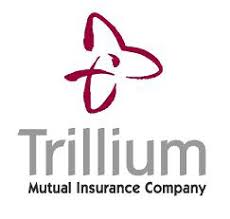 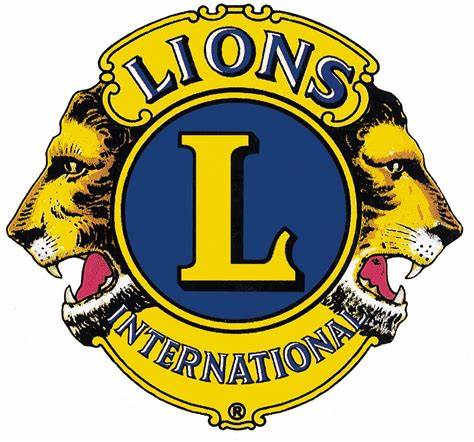 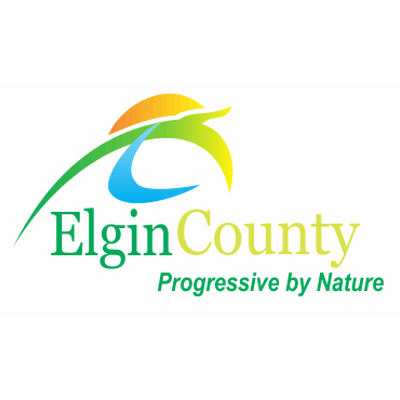 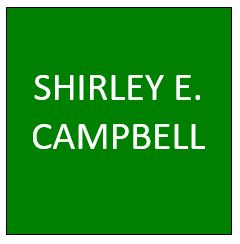 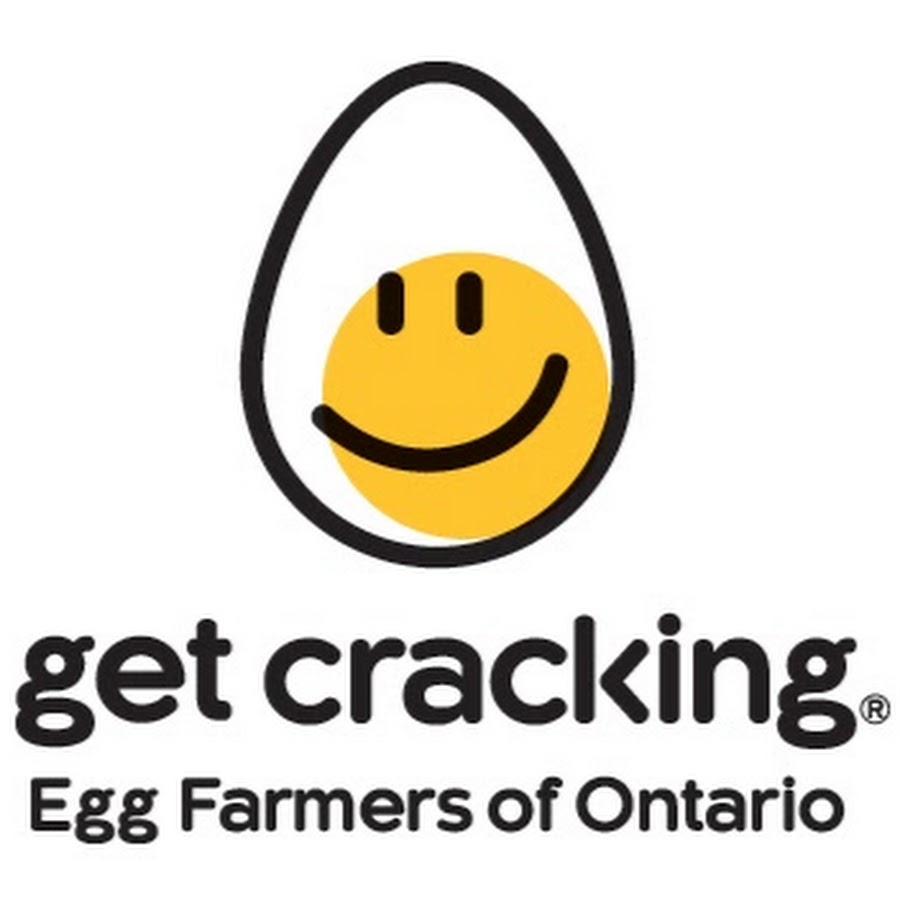 The Wallacetown Agricultural Society is working for our community.  There are over 85 charities that benefit with our partnership with Jackpot City Gaming in St. Thomas in conjunction with OLG.  Watch for more posts with what we do with our charitable contributions.  Thank you Jackpot City for your continued support to our community. 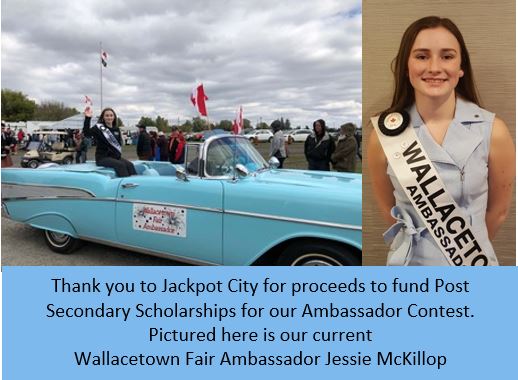 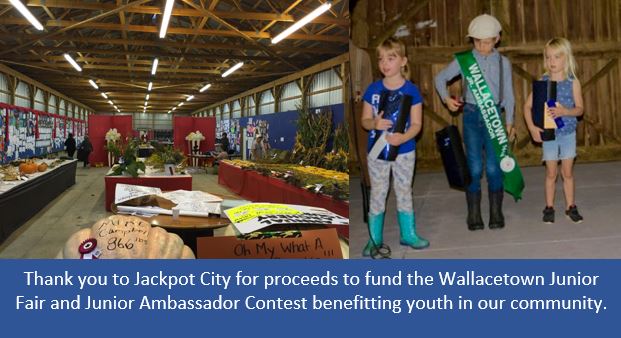 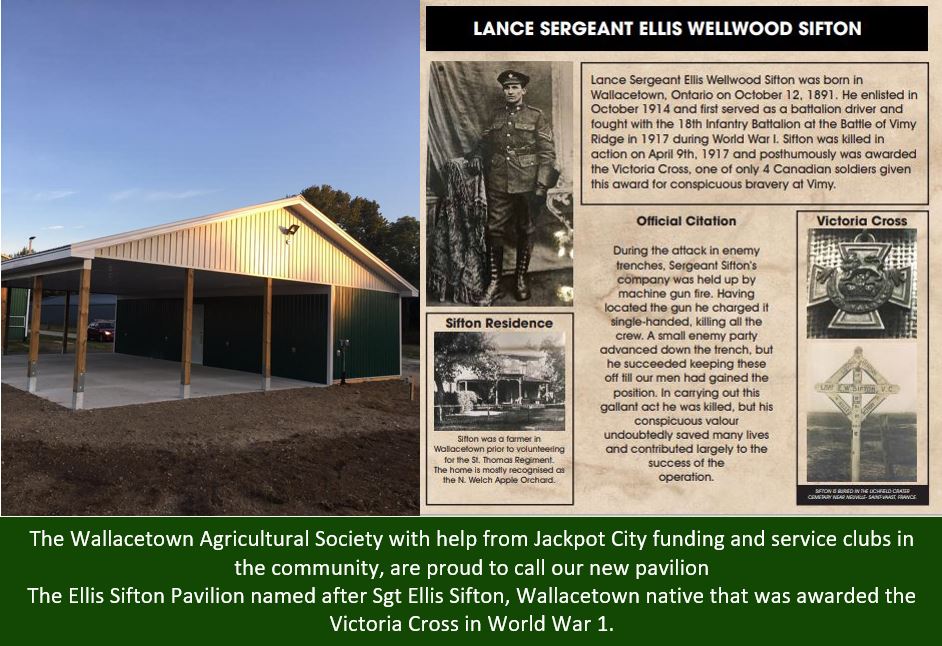 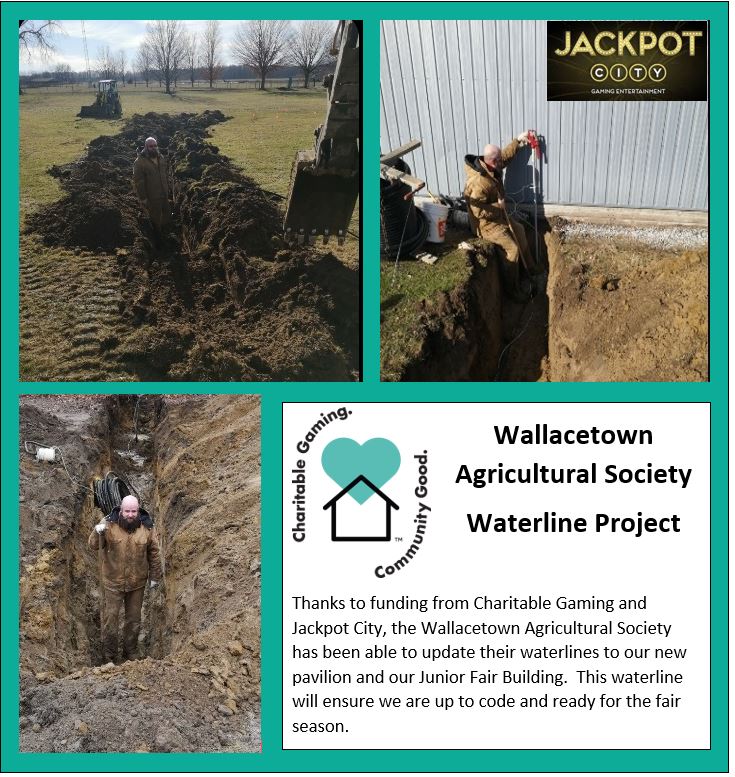 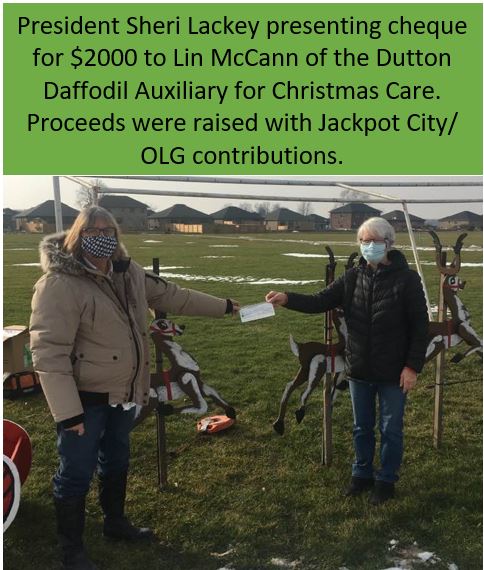